This newsletter provides a summary of Oregon’s 2021 sport halibut fishery. 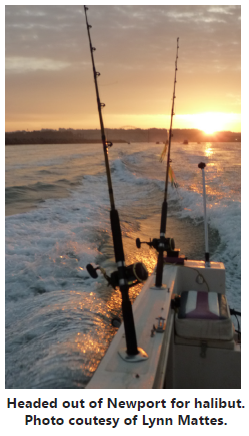 Somewhat back to normal

Fisheries for Pacific halibut in Oregon, Washington, and California are managed as Halibut Management Area 2A. This area accounts for about four percent of the volume of Pacific halibut in their entire range. These fish range from northern California through British Columbia and Alaska to Russia.

Oregon’s recreational fisheries get 29.7 percent of Management Area 2A’s non-tribal allocation. In 2021, this was 289,575 pounds of halibut.

In Oregon, this fishery is managed in three subareas:

Each subarea gets a certain amount of quota (above). In two of the subareas, the quota is divided based on depth and season (see table below).

Although the COVID-19 pandemic continued through 2021, the recreational halibut seasons returned to more “normal” operations compared to 2020.

There were no widespread facility or business closures. However, many charter vessels still operated with reduced capacity to promote social distancing. Increased effort by private vessels across all fisheries (salmon, bottomfish, halibut) continued in 2021.

The Columbia River Subarea is jointly managed by the Oregon and Washington Departments of Fish and Wildlife. This subarea’s quota is split between the nearshore and all-depth fisheries. 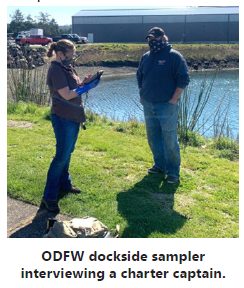 The nearshore fishery received 500 pounds of the quota. This lets anglers fishing for other species keep incidentally caught halibut when the all-depth halibut fishery is not open.

The most landed in any year in this fishery is about 250 pounds. If effort and landings increase, the quota can be adjusted through the annual Catch Sharing Plan process.

This fishery initially received 18,162 pounds of quota. This included over 3,000 pounds moved from the Southern Oregon Subarea. The fishery opened in early May and all ports were open to anglers.

Early fishing was good with nearly 4,500 pounds harvested in the third week of May. Only 40 pounds were harvested the following week, due to ocean conditions and bar restrictions.

Fishing continued on all scheduled open dates to the end of June. Just under 17,000 pounds were landed.

Enough of the quota remained in other subareas to re-open this fishery for an extra day in August and September. In these two days, 2,300 pounds were landed.

At this point, the all-depth fishery landed 21,182 pounds, just over 3,000 pounds more than the subarea’s initial quota. The overage was covered by quotas not used in other Oregon and Washington subareas. 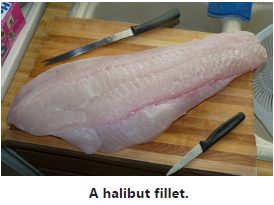 This fishery opened May 1 with a 32,808 pound quota. Decent fishing happened, as weather and ocean conditions allowed, through the end of June. In early July, effort and landings dropped off as many anglers turned to one of the best coho salmon fishing seasons in years.

With 33 percent of the quota harvested, the subarea was opened to all-depths daily beginning Sept. 13. All landings after that date counted against the summer all-depth quota rather than the nearshore quota.

This fishery’s first opening was May 13-15 with a 172,224-pound quota. It was open for all fixed and back-up dates for a total of eight dates. By regulation, the fishery closed July 31.

Ocean conditions did not cooperate much of the time. Five of the openings saw just 5,000 pounds landed. Weather was good for the other three openings that saw landings of 17,000 to 20,000 pounds.

Total landings were 69,795 pounds. The remaining quota was available for other fisheries or subareas within Oregon, if needed.

With the amount of quota this year, Thursdays were added to the usual Friday through Sunday openings beginning Aug. 19. The fishery opened daily Sept. 13 with a two-fish bag limit.

An outstanding coho salmon season drew many anglers, slowing down the halibut fishery after the initial opening. Halibut fishing closed by regulation Oct. 31 with 41,799 pounds landed. 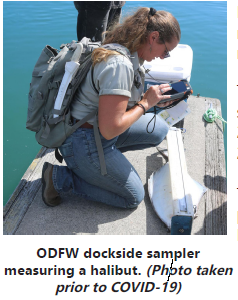 In 2020, anglers throughout Oregon, California, Washington, and Alaska reported encountering many “small” 24 to 30-inch fish. In 2021, anglers reported a lot of slightly larger 28 to 32-inch fish which is good news.

The International Pacific Halibut Commission’s (IPHC) annual survey shows the 2012 year-class is the largest since 2006. Halibut hatched in 2012 would have been in the size ranges anglers reported in 2020 and 2021.

These fish are just starting to reach the 30 to 32-inch size many anglers prefer to keep and will continue to grow over the next several years. 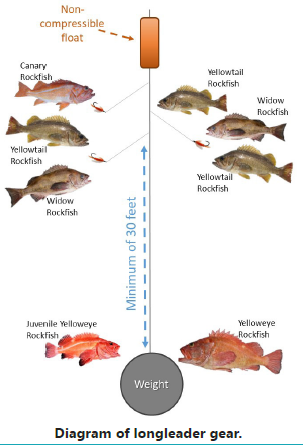 2021 was the first year anglers could longleader gear fish on the same trip as all-depth halibut fishing, and with that there were some growing pains with regulations.

When all-depth halibut fishing, anglers could keep sablefish, Pacific cod, and other species of flatfish or keep longleader gear species, but not both. This is due to federal regulation limitations.

Some anglers assumed the new longleader gear opportunity would be in addition to the few groundfish species allowed with all-depth halibut, not an alternative to.

ODFW is working through the Pacific Fishery Management Council process to let anglers have both options of groundfish species with all-depth halibut. The soonest this would be in place is 2023.

For current information and inseason changes, use your smart phone to scan this QR code or type in: https://tinyurl.com/ORHalibut to be taken to the Sport Halibut Webpage

The IPHC conducts research and stock assessments and sets halibut harvest levels (allocations/quotas) for these areas, including Area 2A. The IPHC set Area 2A’s harvest level at 1.5 million pounds in 2019, the highest level in over 10 years. The IPHC Commissioners indicated this would remain through 2022 unless a conservation concern arose.

The PFMC considers changes to the Catch Sharing Plan annually at its September and November meetings. Anglers can propose changes through that process.

ODFW holds public meetings each year to get angler input on how the fishery has gone so far that year. Any proposed changes for the following year are also discussed. These meetings are held in late July or early August and are advertised to the public.

ODFW gives a summary of the public meetings to PFMC. This helps PFMC set the Pacific halibut quota and regulations for Area 2A fisheries.

Halibut fishing is good for the Oregon economy

The recreational Pacific halibut fishery contributed approximately $2.1 million to Oregon’s economy in 2021 through fishing-related costs such as gas, bait, gear, moorage, food, and hotels. This translates to about 29 full-time jobs.

Even ports with less halibut effort and lower overall economic impact can have an important role in the local economies, especially in the spring and early summer.

Rules keep fisheries sustainable, and enforcement is a key piece of the overall management.

How & when to get involved

With several agencies involved in managing Pacific halibut, knowing how, when, and to whom to provide input or suggest changes can be confusing.

PFMC, IPHC, and Oregon Fish and Wildlife Commission meetings are all open to the public and provide time and opportunity for public comments. More information can be found on each agency’s website. 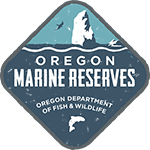