7 things to consider if you didn’t draw a tag

Didn't draw a big game tag this year? Here are some other ways to have a great hunting season.

Just because you didn’t draw a big game tag doesn’t mean you can’t go hunting this fall.  When surveyed, most hunters say the number one reason they hunt is to spend time with friends and family in the outdoors. If that’s you, find a way to get out and do that.

Hunt for something different, learn a new area, mentor a new hunter. It may not be the trophy elk hunt in the Wenaha Unit you were hoping for, but a day in the field hunting bear with a buddy beats a day of streaming Netflix anytime.

Travis Schultz, ODFW Access and Habitat Program coordinator, doesn’t draw a tag nearly as often as he would like (sound familiar?) but still finds a way to get in a full hunting season. Here are his tips for how to do that:

It’s an over-the-counter tag and you can plan a trip very similar to the one you wanted. So go on the week-end hunting trip you had planned – just go somewhere new.

One key to hunting public land during the general seasons is to be willing to walk and bushwhack. As you get farther away from roads and established trails, you’ll run into more game and fewer hunters. Also, be patient and take your time. This is not a marathon and the first one back to the vehicle doesn’t usually win. Finally, as in all hunting, be sure you’re hunting into the wind and not with it. 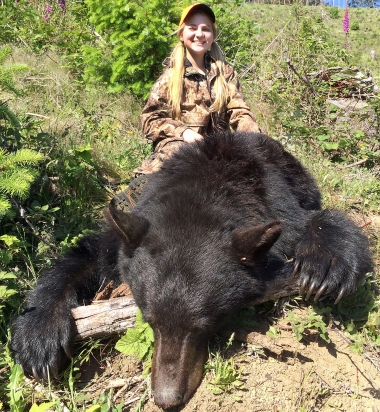 Many hunters take a bear or cougar as part of their deer or elk hunt. But why not make a trip of it? Focus on learning what you can about bear and/or cougar hunting – scout a new area, practice a new tactic, break in a new call. We’ve even got some bear and cougar hunting tips to make it easier for you go.

* There are some restrictions on bear hunting in the fall, so be sure to look at the Oregon Big Game Hunting Regulations before you go.

3) Go with someone who did draw a tag.

You can help glass for game, mentor a new hunter, keep the campfire going (if the fire danger is low enough, of course), try out your new Dutch oven and generally scout for where the game is during the hunting season. Summer scouting doesn’t necessarily tell you where the animals are in October/November. There are worse ways to spend vacation days.

If you were planning to take a week off to go big game hunting, take the week off and hunt birds instead. There are probably forest grouse in the same woods you’ve hunted for deer and elk. Or take a week to really explore, whether pheasant and quail hunting in the Columbia Basin wildlife areas or chukar hunting in the John Day and Owyhee river canyons. Or do it all, you’ve got a week. 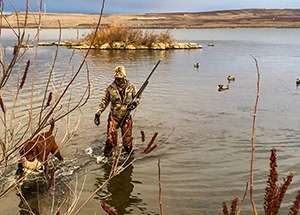 (For you Beavers fans, it's not that kind of duck.) Maybe this is the year to really plan a duck hunting trip. If you've never hunted duck at the Summer Lake Wildlife Area, this might be the year to do it. Likewise, consider Ladd Marsh and other state wildlife areas. In addition, National Wildlife Refuges like Bandon, Malheur and Umatilla are fine duck hunting destinations.

Not your cup of tea, you say? But consider, coyote hunting can offer a road trip to the desert, a chance to learn to call in prey (generally it’s not that hard with coyote) and the likelihood of a nice tanned hide for your wall. And while it’s hard to make coyote taste gourmet, coyote meat works well in any recipe that uses slow cooking and a lot of spices.

7) Finally, and it really, really hurts Travis to say this, but you could go hunting for fish.

Fishing has many of the same benefits as hunting – time with family and friends, an excuse to be outdoors in a beautiful place, and the chance to put some food in the freezer. Best of all, trout and salmon fishing can be excellent during hunting season.

There are lots of ways to enjoy the hunting season this fall. If you need more ideas, check out the other hunting (and fishing) articles on MyODFW.com.

How to read a point summary report

This example will show you how to read a point summary report.

The Oregon Disabilities Hunting and Fishing Permit is not a license or tag. Hunters must still obtain a hunting and/or...

Where to hunt big game

Public access to lands suitable to hunt can be a challenge. That's why we have the Oregon Hunting
Access Map to help...